Here’s why your child's school bus has no seat belts… 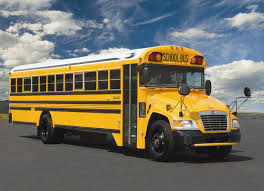 Modern fleets aim to 'compartmentalize' pupils into a protective bubble

“Most school buses in the United States don't have seat belts or similar restraints to protect children in an accident. Federal law requires them in buses under 10,000 pounds, but that's only a small proportion of the school buses in use — picture those tiny 6- to 12-seater buses you sometimes see, which are usually fully tricked out for transporting disabled and other special-needs pupils.”

“But the standard long yellow school bus, which makes up about 80 percent of the nation's fleet, weighs in about 23,000 pounds, and its passengers sit much higher, making them safer in collisions. For those, federal education and transportation agencies leave the decision up to the states. And so far, only six require seat belts to be installed.”

Posted by ImBlogCrazy at 8:32 AM