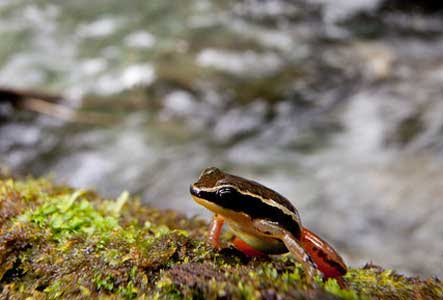 Conservation International just reported the discovery of three new amphibian species in Colombia. The three species include: “a mysterious toad with ruby-colored eyes, a diminutive long-nosed beaked toad which hides in dead leaves, and a gorgeous new rocket frog with flashes of red on its legs,” (shown here) according to CI. All three species are new to science. Scientists were actually in Colombia to search for the Mesopotamia beaked toad, which hasn’t been seen in decades, and is listed as critically endangered.