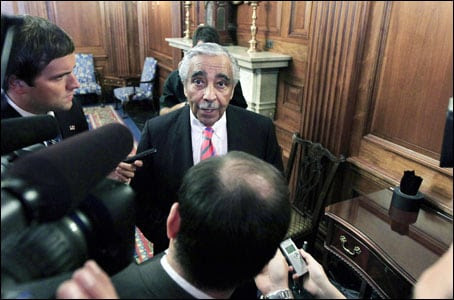 The news that New York Democratic Rep. Charlie Rangel violated House ethics rules and could be subject to a Congressional trial -- likely in September -- has party strategists panicked at what such a spectacle might do to an already difficult election climate for their side.

"A disaster," said one New York Democratic operative when asked about the prospect of a trial detailing the charges against Rangel in the midst of the fall election campaign.

Another New York strategist described the ethical cloud surrounding Rangel as a "two-year albatross that we all wish would go away."

One House Democrat granted anonymity to speak candidly about a colleague called the potential trial timing "terrible," adding: "If it comes to a vote, Charlie will not win."