As It Stands: Misunderstood connections: The Crusades, jihads and 9/11 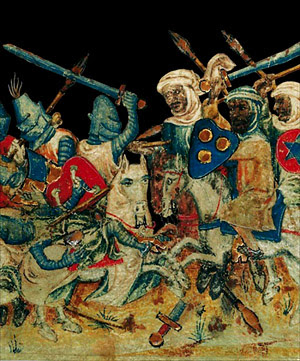 Who cared about the history of the Crusades before the Sept. 11, 2001, attacks? History buffs, I suppose. If you were like me, your history classes barely scratched the surface on why the Crusades were waged.

My knowledge of the Crusades, after graduating from high school, was easily summed up in one paragraph. When Osama bin Laden described the United States' war on terrorists as a new crusade against Islam, I decided to revisit the subject. After some research, I thought I had a better understanding of the Crusades, and moved on to other subjects.

In a sound-bite world, a crusade quickly became a term freely used by both sides to resurrect past conflicts between two world religions. In the popular view, when I was growing up, the Crusaders were the good guys. Living in the West had something to do with that, I'm sure. The rationale was that the Crusaders spread the word of God and saved souls from Satan's minions, the Muslims.

My view changed, as the years went by, to the opinion the Crusaders invaded a peaceful Muslim society more advanced than their own. Their purpose was to loot, take land and force their religion on to those they subjugated. I saw them as opportunists jumping on an imperialistic bandwagon called the Catholic Church.

Another Blog called “OPEN SUNSCRIBER” also picked it up.

Posted by ImBlogCrazy at 7:49 AM