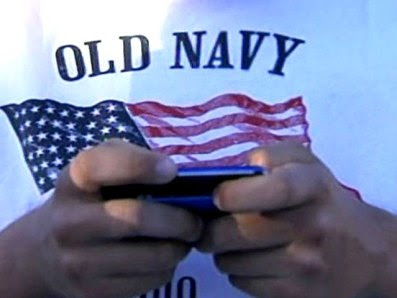 I re-read this article three times and each time I came away with mixed feelings. Students were told they couldn’t wear an American flag on their T-shirts (a normally accepted practice at the school) on Cinco de Mayo because the majority of the school is Mexican-American, and would be offended because it’s “their holiday.”

One excuse was that the principal wanted to avoid fights between the five students wearing the flag and the angry Latino population. I thought this was AMERICA. What happened to those student’s rights? They can’t wear something that is normally acceptable because the Latino population wants to celebrate “their holiday?”

Those boys were being intimidated for doing nothing wrong and school authorities threatened suspension – and finally sent them home – for what reason?

Fear perhaps? Did school authorities think they’d lose control of the students if their flag-wearing peers didn’t concede and turn their T-shirts inside out? If so, then that’s pretty scary and tells you what’s happening on that campus – racial discrimination.

What do you think about the school’s action? Right or wrong?

"They said we could wear it on any other day," student Daniel Galli said, "but today is sensitive to Mexican-Americans because it's supposed to be their holiday so we were not allowed to wear it today."

Posted by ImBlogCrazy at 8:49 AM