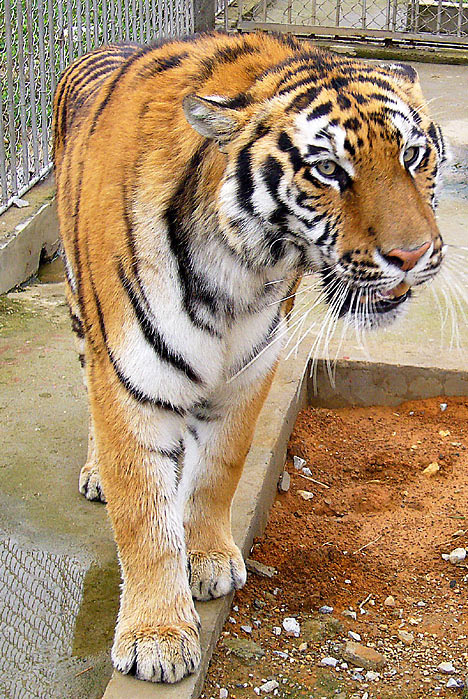 My column tomorrow “In a better world animals wouldn’t be held in captivity” will be considered controversial by some.

As I look around at recent incidents, “Report: Tiger bites keeper to death in Chinese Zoo,” “Women bitten by Bear at Wis. Zoo: fingers severed,” and the recent death of Animal trainer Dawn Branch at Sea World in Orlando, Florida, all trouble me. Tilikum, a 12,000 lb. Killer Whale, probably didn’t mean to kill his trainer, but by all accounts he was “stressed out” from living in isolation, with the exception of breeding attempts.

There’s even a darker side to some “so-called zoos.” A good example would be:

Tigers Being Turned into Wine!

Although the Xiongsen tiger park, near Guilin in south-east China, appears to be a depressingly typical Third World zoo, with a theme park restaurant and open areas where tigers roam, it actually hides a far more sinister secret: it's a factory farm breeding tigers to be eaten and to be made into wine.

The two reasons for zoos and animal theme parks are to make money and to study the animals in order to keep them from going extinct. At least, that’s the way I see it.

The first reason is inevitable; animals attract people who pay big bucks to see them. So, the argument is that visitors are able to experience seeing exotic (and not so exotic) animals that they might never come into contact with otherwise. With the technology we have today, we could have virtual zoos (holographs and all) that would give people the same experience without putting the animals into captivity.

The second reason is scientific. Zoos are a way to preserve species that might otherwise disappear. I’d rather see scientists spending their time in the wild to study them (I know some do that now) and creating habitats for endangered species that don’t have gawking humans involved.

Be sure to see my column on the subject in Sunday’s (March7) Op Ed page in The Times-Standard.

Posted by ImBlogCrazy at 9:42 AM