A Victim Treats His Mugger Right 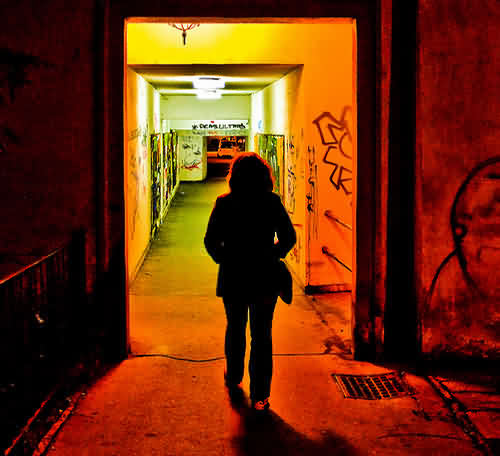 “If you’re going to be robbing people for the rest of the night,
you might as well take my coat to keep you warm…”

This is the amazing story of social worker, Julio Diaz, who was on his way home one evening. His normal routine was to get off the train one stop early, to visit his local diner.

The station platform was empty, but as he was walking towards the stairs something dramatic and unexpected happened.

Suddenly a young teenager came up to Julio, pulled a knife and demanded money.

Julio just handed over his wallet, saying: “Here you go”.

But as the teenager turned to go, Julio said: “Hey, wait a minute. You forgot something. If you’re going to be robbing people for the rest of the night, you might as well take my coat to keep you warm.”

The story unfolds with Julio offering to take the teenager to the diner to eat with him. He explains: “If you’re willing to risk your freedom for a few dollars, then I guess you must really need the money… I figure, you know, if you treat people right, you can only hope that they treat you right. It’s as simple as it gets in this complicated world.”

When they have finished eating, Julio asks for his wallet back in order to pay for the meal. He then offers to give the teenager $20 in exchange for one thing…

Listen to Julio tell his story (opens in a new window)

Read the Full Story on NPR.com

This article is taken from Zen Moments - a collection of inspiring stories about the power of awareness.