Don't Get Froggy with These Guys if you Value your Life! 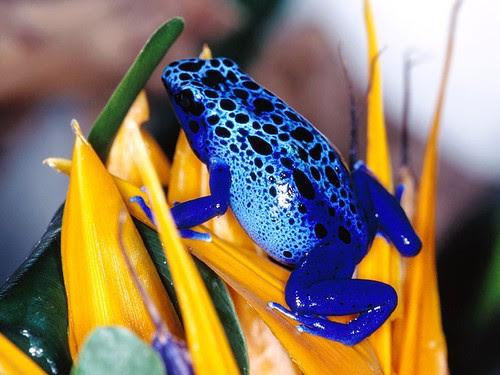 The most poisonous animal is not a snake or a spider. It's a beautiful little frog!

"Most frogs produce skin toxins, but the dart poison frogs from Central and South America are the most potent of all.

The golden poison frog, called terribilis (the terrible), is so toxic that even touching it can be dangerous. A single terribilis contains enough poison to kill 20,000 mice or 10 people. It is probably the most poisonous animal on Earth." (source) 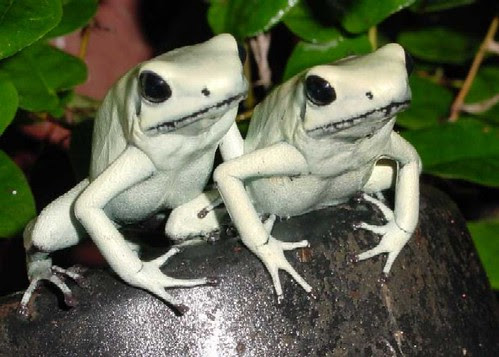 My brother, when he was alive, grossed me out and said he ate frog legs. Really.

His favorite color was blue, as in the L.A. Rams, which, Dave, the Niners ran out of L.A. and then Anaheim.

I wonder if he would eat the blue legs of a blue poisonous frong.

He played defensive end, so he probably would. Although not as nutty as linebackers, they're just as tough.