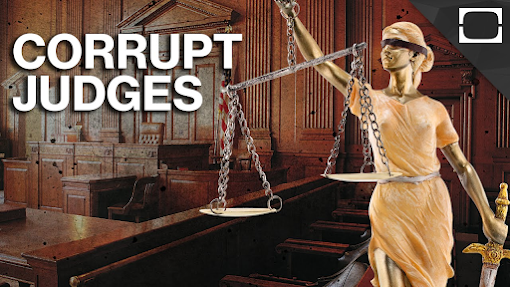 The Supreme Court is involved in a right-wing grift which aims to upset duly elected politicians, and to water down our voting rights to favor Republicans in upcoming elections.

Simply put, the ultra-conservative Federalist Society has stacked the court with Trump and McConnell's help. The Big Goal - spawned from the Big Lie -has been to undermine our electoral system, which in turn undermines democracy.

The beginning of the end of justice in the highest court of the land can be traced to McConnell's obstruction of Merrick Garland while Obama was still in office.

But it was Trump who installed the partisan trio during his regime (Gorsuch, Barrett, and Kavanaugh), who paved the way towards this current corrupt court.

For example, Neil Gorsuch has launched direct attacks on the free press - an institution that is essential to any democracy. He, along with Clarence Thomas, have explicitly called on the court to strip away First Amendment rights from journalists.

I still remember when Gorsuch went on a "thank you tour" rewarding Republican officials and activists who gave him the lifetime job.

After a couple of speeches at Trump's hotel in DC and another one at the University of Louisville's McConnell Center, he took a victory lap at the Federalist Society's annual convention.

Brett Kavanaugh shouldn't have been appointed, but Trump and cronies hid the salacious episodes in his past during a hurried confirmation.

I find it amusing and disgusting that these same judicial grifters are complaining about the media that's been discovering how corrupt they are.

As for the American public, the Supreme Court is being viewed as a partisan GOP flunky willing to overturn long-established laws to please Trump and his crooked cohorts. It's never polled lower than it does today.

Disapproval of the high court just hit a new high of 53 percent. The recent plunging approval for the court comes on the heels of controversial "shadow docket" emergency rulings - without hearings or significant internal argument.

The plain fact is not since Bush v. Gore has the public perception of the court's legitimacy seemed so seriously threatened.