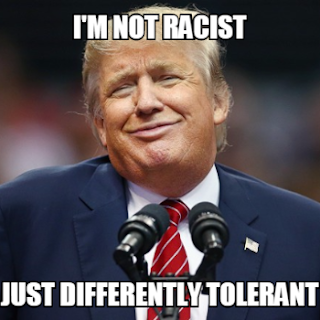 Good Day World!
I wrote this column for the Times-Standard three years ago. Not much has changed since then...
The term "politically correct," is an oxymoron. When I first heard it used while working as an editor for a weekly newspaper called The Desert Trail in 29 Palms, California, I thought it was so stupid it would surely go the way of the fabled Dodo bird and the nickel candy bar.
In a 1983 "As It Stands" column, I implored readers to reject the term because it was a political ploy to push certain agendas. I pointed out the new name for a manhole cover was a subterranean ingress and egress aperture cover. That got a lot of laughs.
Somewhere along the line, the laughs slowed down and people started getting serious/stupid about the term. To my dismay, it didn't go away.
Instead it spread like poison oak in our language garden. It became so pervasive that the PC police think nothing of calling insane people selectively perceptive, or some other equally non-descriptive term.
Call me an old fuddy-duddy, but I saw no problem with saying someone without hair was bald. Now, no one is bald, they're comb free.
Remember when someone had BO (body odor)? That same person today is said to have nondiscretionary fragrance. Please!
You know something isn't right when censorship is foisted off as selective speech and drunks are referred to as spacially perplexed. Politically correct terms came about in order to tell people how they should act. No, really.
Political Correctness denotes language, ideas, policies, and behavior seeking to minimize social and institutional offense in occupational, gender, racial, sexual orientation, certain other religions, beliefs or ideologies, disability, and age-related contexts, and as purported by the term, doing so to an excessive extent, according to Wikipedia.
In other words, political correctness is out of control! My clumsy (excuse me -- uniquely coordinated) attempt to illustrate this contention comes with plenty of examples.
We no longer just have earthquakes, we have geological corrections. Despite that, when the earth starts to shake like a giant baby's rattle I will still scream "earthquake!"
If we don't already have a PC term for crime rate, I imagine civic leaders would be good with the term "street activity index." I have to admit -- with guilty pleasure -- I kinda like the following PC terms for some jobs.
Now, when you get a job in a restaurant you don't have to tell your friends you're just a dishwasher. No, your title will be "utensil sanitizer" and you'll wear a snappy white apron.
How about janitor? It's kinda of a blah description, but when you change it to "sanitation engineer" you're suddenly vaulted into white collar realms when describing your job. The same goes for the garbage man; who is now a sanitation engineer too.
Conversation between a father and a lifeguard who just saved his daughter from being pulled out to sea:
Father: "Thank you! Thank you for saving my drowning daughter!"
Lifeguard: "No problem. I save aquatically challenged people all the time."
Takes the snap out of that conversation doesn't it?
I can see where calling someone "differently weighted" instead of fat would seem a kinder description, but as far as descriptions go it's useless. What's differently weighted supposed to mean? Too fat or too skinny? Perhaps being at a perfect weight? I think you can see my point here.
I refuse to consider "motivationally dispossessed" as another term for lazy.
Just for a laugh, if you want to take this whole PC discussion to the next level, let's look at some political correct terms for females and males.
For the women:
-- Her breasts will never sag, they will lose their vertical hold.
-- She does not snore, she is nasally repetitive.
-- She does not get drunk, she becomes verbally dyslexic.
-- She is not a bad driver, she is automotively challenged.
For the men:
-- He is not a sex machine. He is romantically automated.
-- He is not a male chauvinist pig, he has swine empathy.
-- He does not get lost all the time, he discovers alternate destinations.
-- He does not fart and belch, he is gastronomically expressive.
You may think I'm ignorant (factually unencumbered), but you have to admit the PC police continue to clutter the language with terms best left under rocks!
Time for me to walk on down the road...
at April 01, 2016