Stoner Network Looks Like A Cool Place To Hang Out 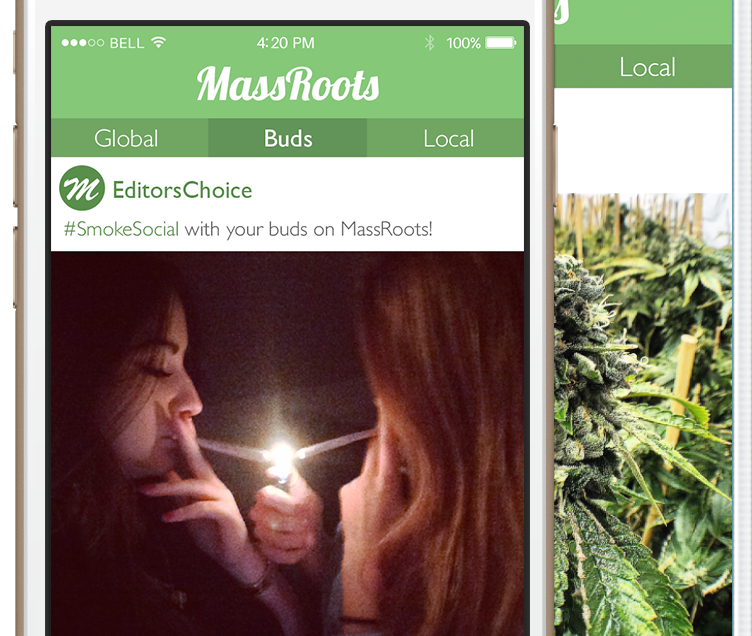 It was only a matter of time.

Finally, a social network for stoners.

As an old hippie, I never thought I’d see the day when the majority of Americans were for marijuana legalization.

With 23 Legal Medical Marijuana States and DC and Oregon becoming the fourth state to legalize recreational marijuana, the writing is on the wall: Legal marijuana is finally having it’s day in the sun.

“MassRoots (^MSRT), which launched in 2013 and went public on the over-the-counter market in April of this year, has filed an application to have its shares listed on the Nasdaq.

The company bills itself as one of the "largest and most active communities of cannabis consumers," a place where people can find smoking buddies, share experiences and connect with local dispensaries.

MassRoots hopes a move to the Nasdaq will help it garner more interest from institutional investors and help bring legitimacy to a burgeoning legal American marijuana industry that’s still operating in the shadows even as public sentiment toward the drug is changing.

But MassRoots still has to win the Nasdaq's approval, a process that can take weeks and requires the company's share price to rise above $3, among other requirements. MassRoots shares were trading at around $1.38 a share on Wednesday. The company has a market cap of around $60 million.”