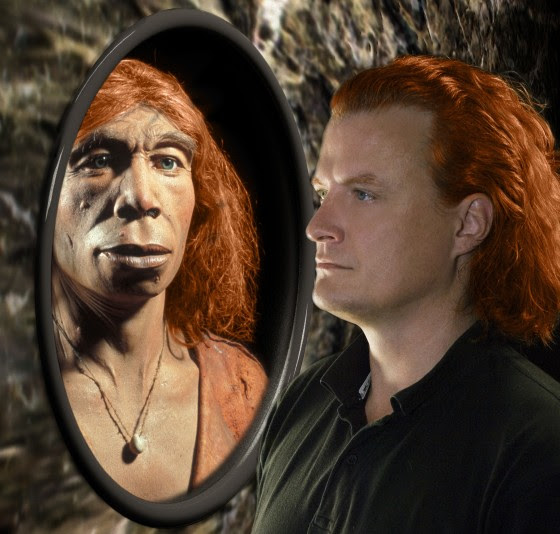 I’ve been accused of acting like a Neanderthal numerous times in my 63 years. It was never meant in a good way, anymore than a “knuckle-dragger” is a compliment.

My detractors were often women. They like to drag that term – Neanderthal - around a lot when describing males. Well guess what ladies?

You too are kin to those knuckle-dragging ancestors you’ve been dissing all these years! And if you’re a redhead…look out!

I came across the following study that proves the link between modern man and Neanderthal man is closer than ever suspected:

“A double-barreled comparison of ancient Neanderthal DNA with hundreds of modern-day genomes suggests that many of us have Neanderthal skin and hair traits — but other parts of the Neanderthal genome appear to have been bred out of us along the way.

The findings, reported Wednesday by two separate teams of researchers in the journals Science and Nature, follow up on previous studies showing that Neanderthals interbred with humans outside Africa. Even though the Neanderthals went extinct about 30,000 years ago, they left traces of their genetic code in non-African DNA — and now scientists are starting to discover exactly what that code does.” (Full story here)

Time for me to walk on down the road…dragging my knuckles as I go!