Reflections on a Hermit: Christopher Knight Was for 27 years

I was talking with a friend the other day about hermits.

The subject somehow evolved to that loon tune, Eric Frein (not a hermit), who shot two Pennsylvania state troopers, killing one, and seriously wounding the other during a midnight ambush on a rural police barracks in Blooming Grove, Pa., on Sept. 12.

We wondered how long Frein was going to be able to elude authorities. Would he end up becoming a fugitive hermit and live in the woods the rest of his life?

I suspect Frein will be found. It’s just a matter of when. Until then, he’ll be living like a hermit. 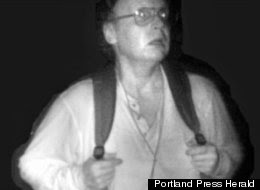 Which brings me to the interesting story of Christopher Knight, aka “The North Pond Hermit.”

He was never a threat to anyone, and actually became somewhat of a local myth in Maine.

Before he was arrested for stealing food at a camp lodge in April of 2013, Knight lived in a crude makeshift camp deep in the woods. He went 27 years without speaking to another human – with the exception of saying “hi” once to some campers who saw him.

Some residents say they've been aware of the “hermit” for years, often in connection with break-ins that have occurred. He was so well known to some summer cottage owners that they left food out for him so he wouldn't break in during the colder months.

But others were hardly aware of him living within their midst without detection since 1986.

Knight's living quarters in the woods included a tent covered by tarps suspended between trees, a bed, propane cooking stoves and a battery-run radio, which he used to keep up with the news and listen to talk radio and a rock station, according to authorities.

Despite Maine's harsh winters, during which temperatures sometimes struggle to get above 10 degrees for a week at a time, Knight stayed at his encampment and avoided making campfires so he wouldn't be detected, and he used propane only for cooking.

When arrested, Knight was clean-shaven and his hair was cut short, in contrast to the iconic hermit with a shaggy beard and long hair. He was still using his aviator-style eyeglasses from the 1980s.

Why did Knight chose to become a hermit? No one knows why. He won’t say. We’re left to wonder why a person would lead such a lonely hardscrabble life. Perhaps he knew something that you, and I, don’t.