Something tricky this way has come! 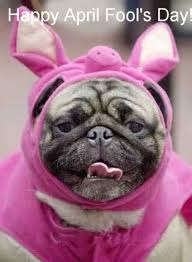 Any fool knows that right?

The internet is full of pranks right now.

News editors, advertisers and search engine operators around the world are letting their hair down and trying to see what they can sneak past the general public.

It can be a challenge to spot the fake among the genuine news.

If that’s not enough for you check out these April Fool’s Day jokes.

I’m seriously wondering if Google or someone else is playing a prank on my blog today! I average over 12,000 views daily, but today they’ve just dropped through the floor!

Yesterday I could look at my stat counter continuously moving – recording views. Today the stat monitor is changing so slowly it’s unreal. Only about a sixth of the normal views thus far. I don’t know what’s happening.

Possibilities: Malware attack; Google prank; some hacker who doesn’t like me screwing with stats; or simply a SLOW DAY for views! I guess I won’t know for sure until tomorrow.