What is ALEC and why should you care?

If you’re uncomfortable with corporations writing our laws then you’ll be interested in ALEC American Legislative Exchange Council), a group that pairs legislators with corporate heads to pass laws favoring big business.

The Washington, D.C. - based group of conservative state legislators and corporate leaders drafts “model” legislation to be passed as state laws Recently, they’ve been accused of under-reporting their lobbying activities. They claim to be a non-profit, non-partisan organization, but their actions belie that description. 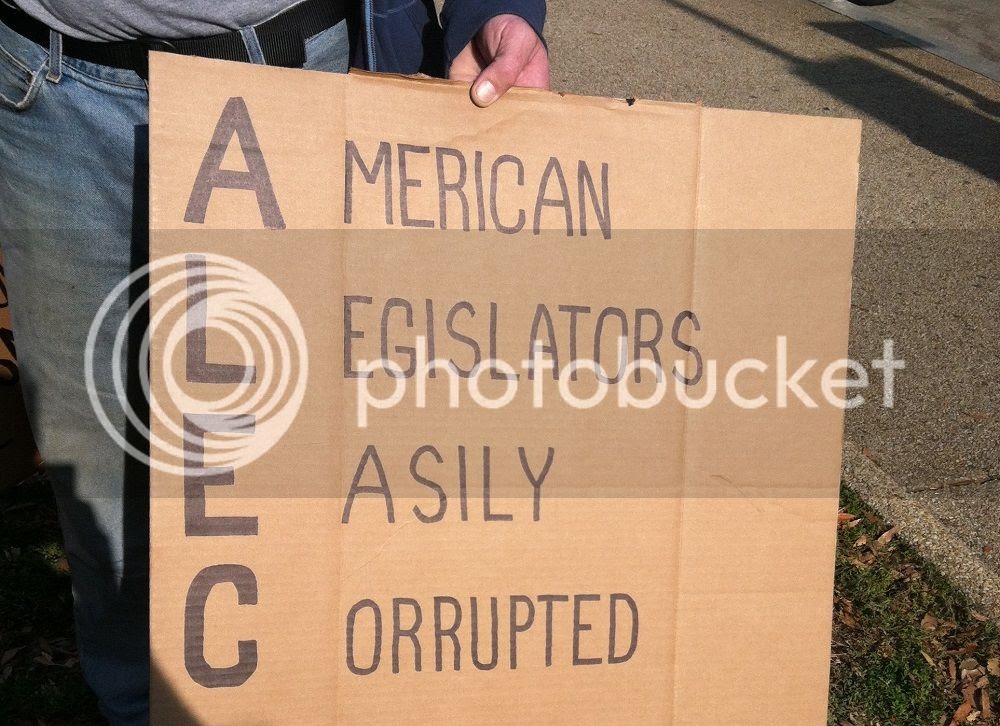 Common Cause, a non-profit government watchdog group, sent a letter to the Internal Revenue Service (IRS) on July 14th , 2011, alleging ALEC filed false tax returns and is engaged in lobbying despite its claims to the contrary. ALEC’s tax-exempt, charitable status was on the line. Nothing came of the lawsuit and ALEC is still wielding undue influence on all of our laws.

One obvious counter to their claim of being “non-partisan” is their membership: they have one Democrat and 103 Republican legislators currently in leadership positions.

So exactly what does ALEC do? Through ALEC, behind closed doors, corporations hand state legislators changes to the law that directly benefit their bottom line, according to the Center for Media and Democracy.

It isn’t just legislators who have membership in ALEC. Corporations sit on all nine ALEC task forces and vote with legislators to approve “model” bills. They have their own corporate governing board which meets jointly with the legislative board. ALEC says that corporations do not vote on the board. Yeah right. And Tea Party members believe in compromise.

This partisan stalking horse that calls itself ALEC introduces over 1,000 bills every year through its overwhelmingly conservative legislative members. Consider this; one in every five bills they present is enacted into law.

According to everything I’ve read about lobbying, handing bills to legislators so they can introduce them is the very definition. ALEC says "no lobbying is taking place." I’m of the opinion, if it walks like a duck and quacks like a duck, it’s a duck.

ALEC operates under Section 501(c)(3) of the Internal Revenue Code, which limits  lobbying activity and allows corporate backers to deduct their contributions.

Fact; corporations fund almost all of ALEC's operations. Participating legislators take proposals home and introduce them in statehouses across the land as their own ideas and important public policy innovations - without disclosing that corporations crafted and approved the bills.

According to the IRS, more than 98% of ALEC's revenues come from sources such as corporations, corporate trade groups, and corporate foundations. Getting the picture?

ALEC receives grants from some of the biggest foundations funded by corporate CEOs in the country, like the Charles G. Koch Foundation, the Koch-managed Claude R. Lambe Foundation, and the Castle Rock Foundation, to name a few.

The current chairman of ALEC’s corporate board is W. Preston Baldwin III, until recently a lobbyist and Vice President of State Government Affairs at UST Inc., a tobacco firm now owned by Altria/Phillip Morris USA.

Guess what? Altria is advancing a very short, specific bill to change the way moist tobacco products (such as fruit flavored “snus” by companies like Skoal) are taxed - to make them cheaper and more attractive to young tobacco users.

Fact; 20 of the 24 corporate representatives on ALEC’s “Private Enterprise Board” are lobbyists representing major firms such as Koch Industries, Bayer, GlaxoSmithKline, Wal-Mart and Johnson and Johnson.

ALEC is blatantly influencing state laws under the guise of a non-profit, charitable organization. Their claims at promoting “educational activities” would be laughable if they weren’t illegal. ALEC engages in outright power-brokering at the tax payer’s expense.

ALEC’s operating model raises many ethical and legal concerns. Each state has a different set of ethics laws or rules. The presence of lobbyists alone may cause ethics problems for some state legislators. 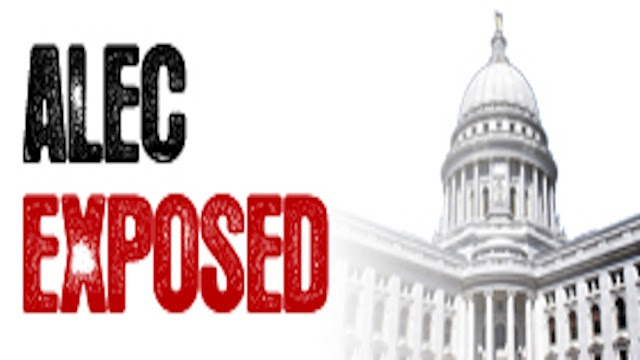 Seems to me, they’re part of the group of Congressional conservatives who refuse to raise taxes on the wealthy and corporations. What a surprise!

They should at least be transparent about their past ALEC memberships. Little alumni badges would be nice, don’t you think? For complete and updated information on ALEX go to Alex Exposed