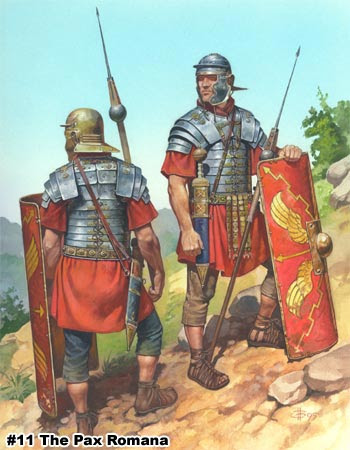 The Roman Sword or Gladius is one of the most widely recognized swords of any culture. These swords were in use between 4th century BC and 3rd Century AD.

The Romans where highly skilled and disciplined and great weapons such as the sword were a must especially for cavalrymen and infantrymen. The skills of these men and the advances in sword making techniques made this sword a deadly weapon and was one the major factors behind a long and successful military reign. To identify a person’s sword the name was often etched into the blade.

Posted by ImBlogCrazy at 9:03 PM