AS IT STANDS: Who would you like to have lunch or dinner with?

By Dave Stancliff/For The Times-Standard
I wouldn’t pay to have lunch or dinner with anyone. Flat out. No way. I don’t care who they are, just the thought makes me cringe.
So when I see people bidding to have lunch with Warren Buffet in an annual charity fund raiser, I can’t help but roll my eyes in amazement at how much cash people will pay for the pleasure of dining with the Nebraska billionaire.
This year was a record-breaker; the highest bidder ponied-up $3,246,789! Can you imagine? Can you imagine having that much money to throw away? Oh excuse me! Not throw away; donate.
Don’t get me wrong. It’s great that the money is raised for a charitable purpose. But where’s the thrill? You have to admit, as far as prizes go, this one is kinda weird. Unless, of course, you’re a rich person who would like to see if you could get richer by rubbing elbows with Buffet.
Someone is probably standing nearby during that power lunch, snapping photos for posterity. The winner can frame them and put them on his/hers bragging wall. Autographed too, I’m sure. After all, for that much loot it’s the least they can do. 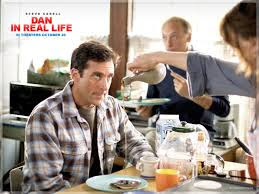 I wonder. If you had a choice of who you’d like to have lunch or dinner with, who would it be? While you’re mulling over my question over, allow me to make some recommendations for your consideration.
How about Steve Carell? You want to have some fun during your lunch? This guy will make you laugh so hard you’ll gasp for breath. I’m sure he’d be a kick to eat with. I like him because he edited a newspaper - just like me. Of course he was in high school at the time, and when I did I was married with three kids.

How about Keith Morrison of Dateline fame? It’s entertaining just listening to the guy talk with his perfect pitch and timing. He could tell mystery stories during lunch. I can see other diners stop what they’re doing to hear his fluid and eerie voice describe a murder scene.

How about Derek Amato? Who is he, you ask? He’s a guy who stupidly jumped into the shallow end of a pool while clowning around and cracked his skull. However, that fateful accident brought Amato an unexpected gift: it turned him into a musical savant. Now he plays the piano like a virtuoso and writes his own music. 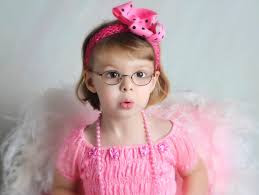 How about Emmelyn Roettger? She’s 3-year-old, with an IQ of 135, currently the youngest member ever admitted to Mensa. I can only imagine what a fresh outlook this child must have on issues in our society. I think it would really be fun to watch her eat messy food and calculate the mass of a city block.
How about Mehran Karimi Nasseri, also known as Sir, Alfred Mehran (yes, including the comma), an Iranian refugee who has been living in the departure lounge of Charles de Gaulle Airport since August 8, 1988?  Caught up in a passport snafu between two countries, Sir, Mehran could probably give you some good travel advice - like does and don’ts of living in an airport. Where else can you get that kind of first hand information? 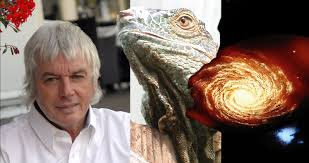 How about David Icke? This former professional football player, BBC television sports presenter, and British Green Party national spokesperson will probably give you the creeps, but his story is entertaining.
Since 1990, he has been what he calls a "full-time investigator into who and what is really controlling the world: reptilians.” He dresses only in turquoise and believes the world is ruled by a secret group called "The Elite," a race of reptilian humanoids, known in ancient times as the Babylonian Brotherhood.
He says George W. Bush, Queen Elizabeth II, and Kris Kristofferson are descendents of “The Elite.” Who am I to argue? A lunch or dinner with this guy might even convince you he’s on to something…like drugs!
By now, I imagine you’ve given it some thought and have come up with a better selection than I’ve offered here. If that’s not the case, and you get the opportunity to go out to lunch with one of my suggestions, please let me know how it goes.
As It Stands, friends and family often say I’m “out-to-lunch,” but at least I’m entertaining!

Here’s how to say, “Do you want to have lunch/dinner with me in Thai”: “Yark phai gin khao duay gun mai?”…just in case you wondered…

Posted by ImBlogCrazy at 4:46 AM

Your just a cheap Old Bastard,

I would love to have lunch with my sister and her husband. I would even pay. Some of those dollar menues are really good.