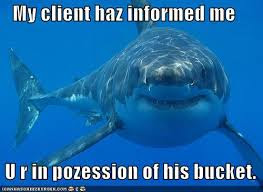 I’ve heard that the immune system of sharks is superior to humans… with the except of lawyers who also have other shark-like attributes. My apologies to the sharks for the comparison.

They say ants have no eyelids. I’ve never been able to get close enough to tell. Fact is, snakes don’t have ears, but don’t try sneaking up on one!
Male rats are known to mate with their mothers, sisters and any other females in their family. A pair of rats are capable of having 15,000 offspring in one year. Is it any wonder we use the word “rat” in a negative way when referring to someone?

Some animals can be gay. Really. Among them are the African Elephant, brown bears, buffalo, dogs, giraffe, chickens, emus, jewel fish, salmon, common garter snakes, the red diamond rattlesnake, and even some insects, to name some.

Snails have the ability to sleep for three years. Don’t ask my why this is a good thing but some researchers think it is. Starfish are brainless creatures of the sea, but I still like “Patrick” in “Sponge Bob, Square Pants” cartoons.
.
Ants can lift objects 50 times their own weight. There use to be a comic book superhero called “Ant Man,” (DC Comics) who wouldn’t have been stopped by that nasty insecticide “RoundUp.”

Eels have two hearts. I’ve heard the phrase “slippery heart” by that’s ridiculous. And what’s with hagfish having four hearts? I’ve known hags that didn’t even have one heart!

Time to call it a day, my friends. Thanks for stopping by. (image source)

Posted by ImBlogCrazy at 7:41 PM