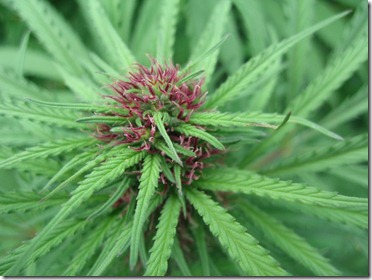 I just received this news from Tom Angell, Media Relations Director for Law Enforcement Against Prohibition

I don’t know about you, but I never saw this coming…

WASHINGTON, DC --  The U.S. House passed a bill today directing the White House drug czar's office to develop a plan for stopping Mexican drug cartels from growing marijuana in U.S. national parks.  A group of police officers and judges who fought on the front lines of the "war on drugs" is pointing out that the only way to actually end the violence and environmental destruction associated with these illicit grows is to legalize and regulate the marijuana trade.

"No matter how many grow operations are eradicated or cartel leaders are arrested, there will always be more people willing to take the risk to earn huge profits in the black market for marijuana," said Richard Newton, a former U.S. Customs and Border Protection agent who is now a speaker for the group Law Enforcement Against Prohibition. "My years of experience in federal drug enforcement tell me that only when we legalize and regulate marijuana will we put a stop to this madness.  After all, you don't see too many Mexican wine cartels growing grapes in our national parks, and that's because alcohol is legal."

The bill, H. Res. 1540, which was passed by the House via voice vote, points out many of the harms of the current prohibition policy that leads to drug cartels growing marijuana in U.S. national parks, including that

* it costs the Federal Government $11,000 to restore one acre of forest on which marijuana is being cultivated;

* on October 8, 2000, an 8-year-old boy and his father were shot by drug traffickers while hunting in El Dorado National Forest;

* on June 16, 2009, law enforcement officers with the Lassen County Sheriff's Department were wounded by gunfire from drug traffickers during the investigation of a marijuana plantation on Bureau of Land Management property; and

* Mexican drug traffickers use the revenue generated from marijuana production on Federal lands to support criminal activities, including human trafficking and illicit weapons smuggling, and to foster political unrest in Mexico.

The bill points out that law enforcement efforts to date have only brought about "short-lived successes in combating marijuana production on Federal lands" but offers no suggestions for solutions that would actually hurt the cartels in the long-term.  The law enforcement officials at LEAP believe that legalization is the only long-term solution, and if the bill is enacted into law they will be working to make sure that the White House drug czar's office seriously weighs ending prohibition as part of the strategy called for by the legislation.

Speaking on the floor today, Rep. Jared Polis (D-CO), said the bill "serves to perpetuate this failed policy of prohibition which has led to rise of criminal production of marijuana on federal lands."

Law Enforcement Against Prohibition (LEAP) represents police, prosecutors, judges, FBI/DEA agents and others who want to legalize and regulate drugs after fighting on the front lines of the "war on drugs" and learning firsthand that prohibition only serves to worsen addiction and violence. More info at http://www.CopsSayLegalizeDrugs.com.

Posted by ImBlogCrazy at 4:00 PM