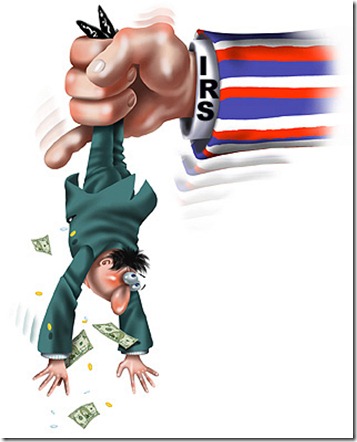 I found this blog – Americans For Tax Reform – this morning. This article was written a month ago, but it’s still very timely.

I’m interested in non-partisan assessments of our tax system. If this article would have stayed away from some Conservative catch phrases like “ObamaCare” it would have more validity. Talking about “Three Great Waves” crashing down on the economy sounds a bit too partisan to me. Biblical even.

However, after reading the entire document (link provided below) I do agree with the contention that our taxation system is only going to stink more in 2011.

From Americans For Tax Reform:

In just six months, the largest tax hikes in the history of America will take effect.  They will hit families and small businesses in three great waves on January 1, 2011:

(N.B. This version of the document contains even more tax hikes than the original version did)

In addition to the partisan rhetoric, the title itself reveals the bias behind the document. Temporary tax breaks are temporary for a reason, and they don't become tax hikes when they expire.