An early pictorial history of cars that fly...sort of 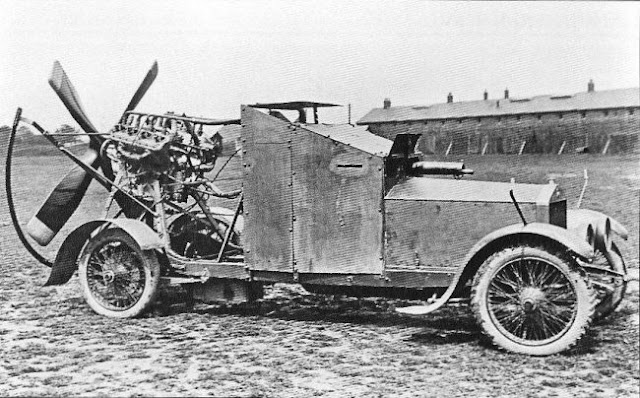 In the early 1900s some rather crazy-looking armored vehicles were used by the military; here is a "Sizaire-Berwick Wind Wagon" from 1905. 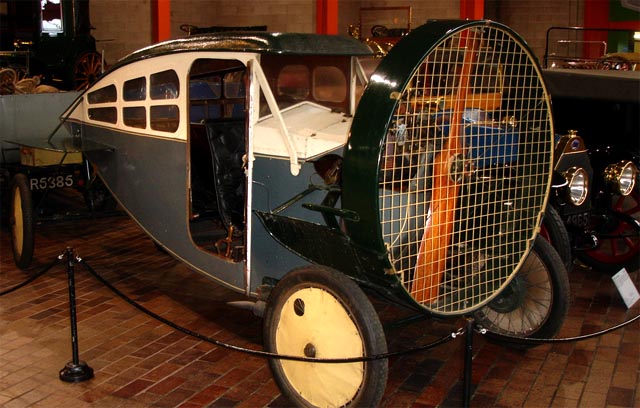 French engineer Marcel Leyat made plenty of "Helica" propeller-powered cars between 1913 and 1926 (30 were built, two still exist today). Some models had an open, unprotected propeller, good for shredding everything that might stand in their way. Other models gained a wooden protective shroud, which made them sort-of road-worthy (at least in France. 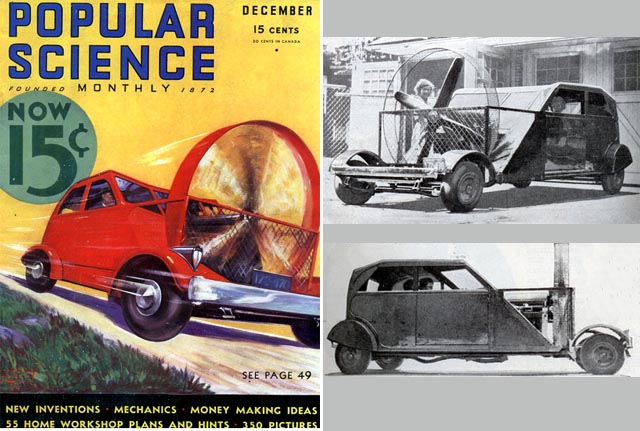 This 1932 model was pretty ugly, but boasted a maximum speed of 80 mph! 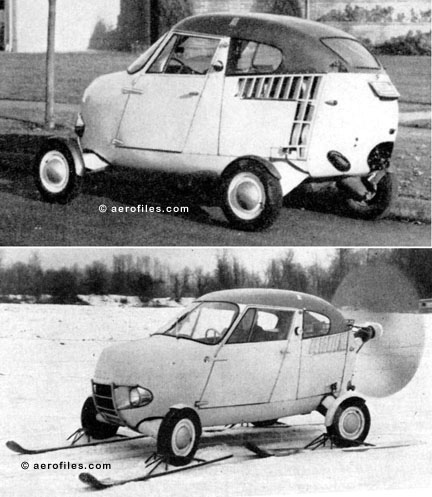 Posted by ImBlogCrazy at 7:04 PM